Russian salad, which is also known as American salad in Turkey is originally named Olivye salad in Russia. The Russian salad was invented by a Belgian chef named  Lucien Olivier, who opened a restaurant called Heritage in Russia in the second half of the 1800s. The recipe for the olivye salad, which became the favorite dish of his restaurant, was kept secret until Lucien Olivier was dead. According to the legend, Olivier had a secret room that he only prepared this salad and did not take anyone inside. One day, he forgot the door of the room open and left the restaurant, and one of his assistants, Ivan Ivanov, saw all the materials on the table when he entered the room, but of course he did not know which material was used in what quantity. According to legend, Ivanov, who left Olivier’s restaurent, opened a new restaurant and started serving a new salad with his own recipe, and as we know today, Russian salad was actually a copy of Ivanov’s recipe, not Olivier’s.

The arrival of Russian salad to Turkey was thanks to 1917 October Revolution when Russian restaurants started to open in Istanbul. During the cold war, the name was changed to American salad because of ideological reasons. Even in my early teenage years, it was still called American salad, but this anecdote, which its was actually Russian salad, was often spoken. I think it is now more commonly known as Russian salad.

Many different ingredients such as boiled meat, diced salami, shrimp, caviar can be used in the Russian salad. I wanted to share a basic version of it. You can make additions according to your taste. 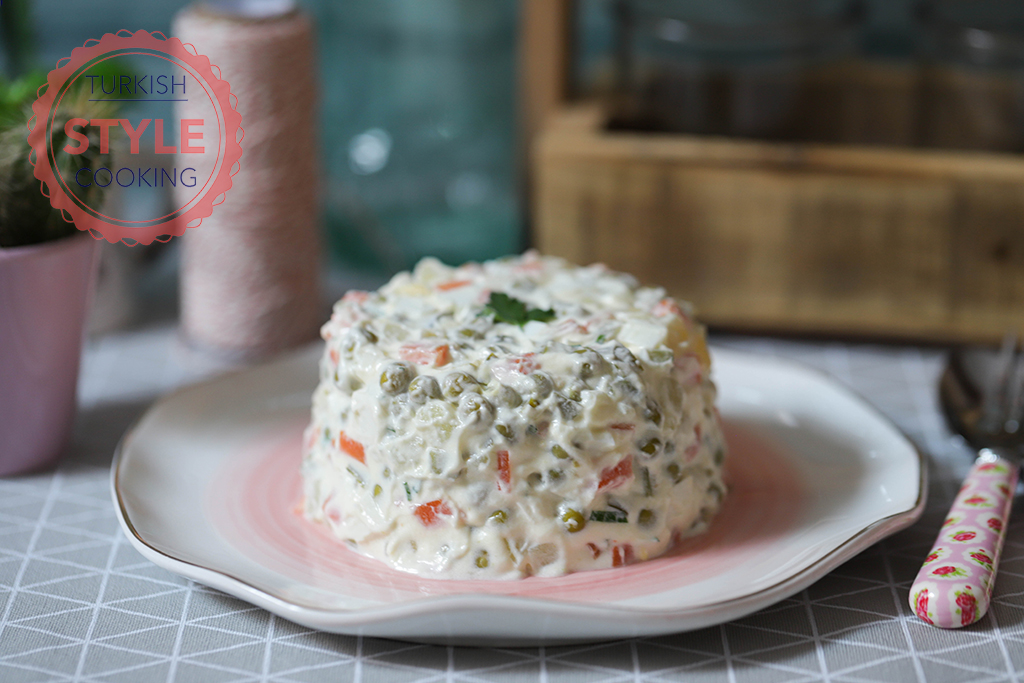