Moutabel is one of the favorite mezes of Levantine cuisine. Like every meal made in different countries, it may differ slightly depending on the region and city but it is generally made by mixing roasted eggplant with yogurt, tahini, lemon juice, garlic and salt.

In Turkish cuisine we have a similar meze recipe called eggplant salad with yogurt.  It differs from moutabel with not using tahini and lemon juice.

These differences and similarities in recipes can confuse people from time to time. Why do these recipes in which the only difference is tahini and lemon juice are treated as two different recipes?

Let me explain the situation as follows. Although the dishes are very similar to each other, their names are different because they come from different cuisines. As it can be understood from the name of musakka, it is a meal originating from Arab cuisine or Levantine cuisine. On the other hand, karniyarik belongs to Turkish cuisine. This is the difference between the eggplant salad with yogurt and the moutabel recipe. One of them is from Levantine cuisine and the other is from Turkish cuisine. Although they overlap substantially, they will continue to exist as different recipes. 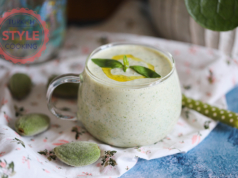 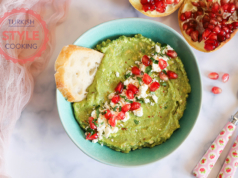 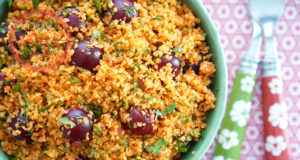