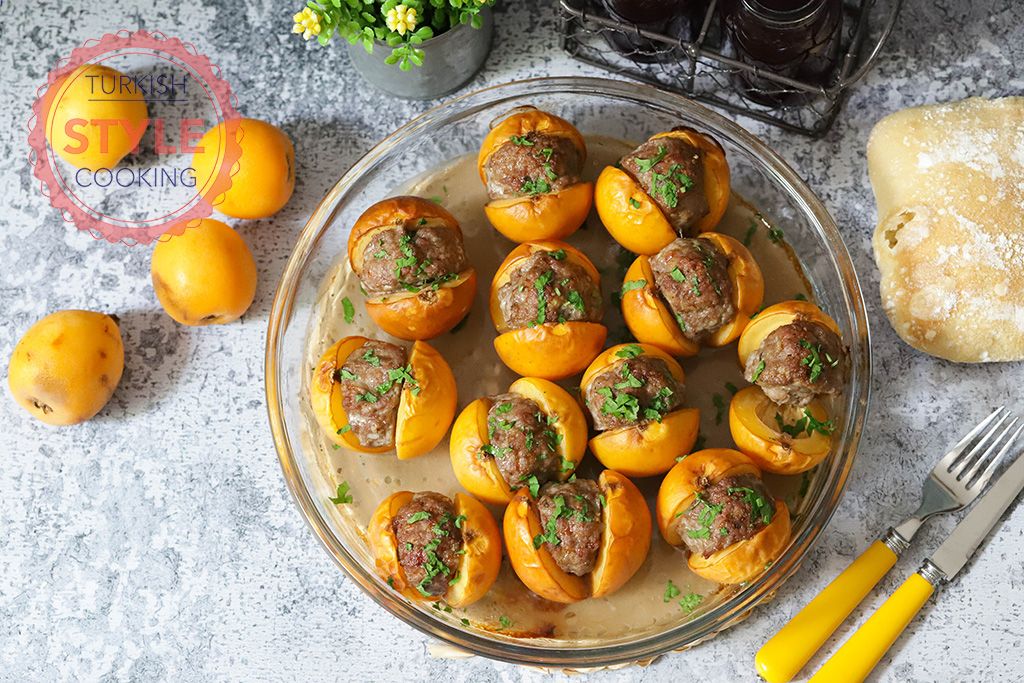 Can we use ground beef?

You can use ground beef or ground lamb meat. But since there is no other ingredients other than salt and pepper or extra oil in the kebab mixture, it is more suitable to use ground lamb meat which is more fragrant, flavored and fatty. Likewise, the flavor of lamb and the loquat come together , they create both a contrast and integrity. However, if you are not fond of the smell of lamb, you can use a half-lamb half beef mixture. If you do not like or hate it, you can use ground beef. To comply with the method, it is not necessary to throw back the taste buds.

A dish that is both simple to prepare and very eye-catching at the table is the loquat kebab. It is not a meal that can be made continuously due to the seasonal limitation, but it can be made several times in the season and loquats may be more included in the kitchen. I used to say that it is a full guest dinner, but there is no longer any guests. Let’s say it’s a special day meal. It is suitable for a birthday celebration or an anniversary.

Turkish Style Cooking - The Best Traditional Turkish Recipes. Please do not hesitate to contact me
Contact us: info@turkishstylecooking.com