Borek is one of the chief pillars of Turkish cuisine. There are hundreds kinds of borek recipes in Turkey. Some are very similar to each other and has different names. Some have same names but are very different from each other. It’s alsa possible to invent different types of boreks accoding to your taste. This ground beef and eggplants borek is not a traditinal recipe for example.

We have ground beef borek with is widely known and made. We have eggplant borek which is not very well known but made in some parts of the country. In this recipe I gathered the two delicious ingredients in one yufka:)

Borek is mostly made with yufka by the way, not phyllo dough as most of the peaople who leave in foreign countries do. You can find yufka in Turkish and Arabian markets and even in Amazon. So, I suggest don’t make your boreks with phyllo dough, which is a really good ingredient in some cases but not for a traditional Turkish borek, but find yufka.

For this borek, you can but triangle yufka also. 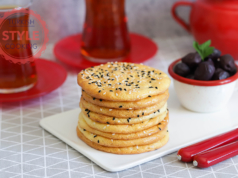 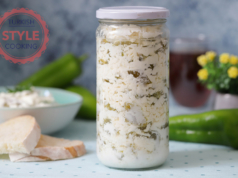