Güllaç is a traditional Ramadan dessert of Turkish cuisine and it’s prepared with güllaç leaves. It Turkey no one cooks it at home but buy them from the stores. But it’s almost impossible to find güllaç leaves outside of Turkey and some countries with high Turkish population. Spain is among those countries where it’s almost impossible to find them. So instead of craving for güllaç and suffering at home, I tried to make güllaç leaves at home. In my third trial in the same day I had the perfect home made ones.

They are small, they seem a little weird, but they are my tiny delicious güllaç leaves. I have no güllaç recipe on my English blog by the way. Because until now I didn’t know that it’s possible to make güllaç leaves at home. But I promise that I will share a güllaç dessert recipe as soon as possible.

There a few things you should be careful while cooking the leaves. First you should rinse the pan in every time. It’s necessary both to prevent the mixture to stick to the pan and decrease the heat of the pan.

It’s important to wave a hand fan during the cooking process as it helps the leaves to dry faster.

If you want to use the leaves immediately, you don’t need to extra dry them in the oven. But in this case you should not put them on top of each other while waiting all of the mixture to be cooked. 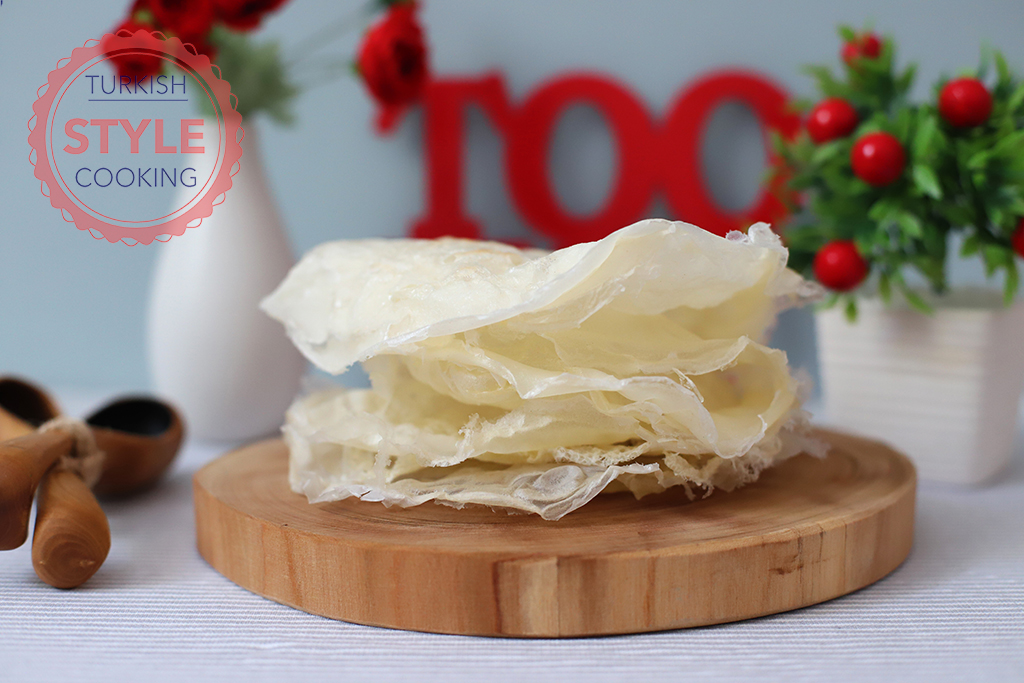